“Tad is one of the most versatile bodhran players, accomplished backers, and knowledgeable trad musicians in the London market. But beyond his elite musical ability, his spirit of collaboration is second to none. His ebullient performances at the Globe were astounding and his gregarious energy is infectious. An asset to any band anywhere.” – Bill Barclay – Musical Director Shakespeare’s Globe Theatre 2012-19

His Bodhran and Bouzouki playing can be heard on recordings and films including the 2010 film “Burke and Hare” (John Landis), Barulle’s album “Mananans Cloak”, Crossharbour album “CrossHarbour”, Ranagri “Tradition”, Tony Christie album “The Great Irish Song Book”, Cara’s album “Grounded”.  He played Bouzouki, guitar, bodhran, harmonium, piano, and mandocello on Matt Tighe’s debut album, and composed the reel First Born which was used on James Patrick Gavin’s debut album Chewing the Fat.  In 2022, he had the honour of teaching His Royal Highness The Prince Of Wales, and Her Royal Highness The Duchess of Cornwall how to play the bodhrán. 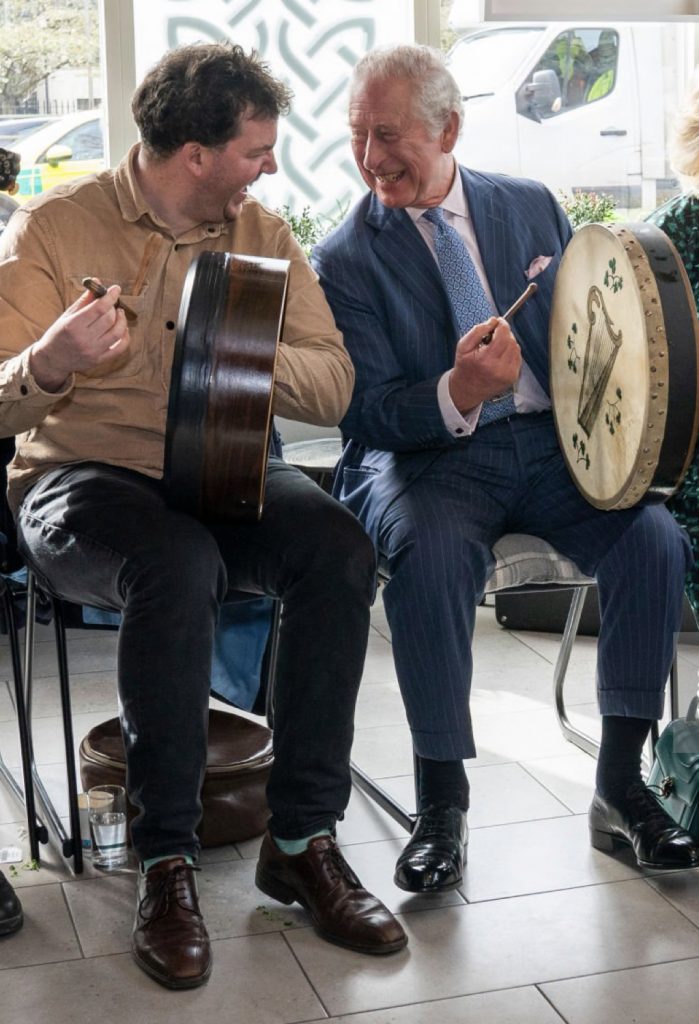 London Born Tad Sargent, whose family roots hale from Castlebar in county Mayo, started playing music at a young age on the piano.  He started playing the bodhrán in 2002 after re-discovering his childhood love for Irish music. Learning about Irish music took years of attending sessions run by the London Irish banjo player Mick O’Connor.